“Talking to the Dead” – by: Harry Bingham – NEW FICTION: BINGHAM
Detective Constable Fiona Griffiths is strange.  Not in the regular sense, like everyone is a bit odd.  But rather, Fiona finds solace amongst the dead. She does not pick up on social clues.Yet, when it comes to crime, she is intuitive and resourceful, a crack investigator.
This mystery begins with the discovery of two bodies, a mother and her 6-year old child.  D.C. Griffiths believes the young girl is trying to tell her something which leads her on a complex journey to solve her murder.
A good storyline with an intriguing character study makes this mystery work.
Michelle – Administration

This is the story of a man discovering that his recently deceased father had an extended affair that resulted in a daughter. In his quest to learn about his sister, he reevaluates his own life. This movie is a great drama that examines the meaning of family.

I am more than a little biased since Supernatural is one of my favorite shows, but I think it is a must-see. The show has everything: action, adventure, laughs, mild-horror and is, at its heart, the story of two brothers trying to survive. Like all previous seasons, this DVD set has outtakes that are hilarious.

Popular YA author, John Green, tells the heart-wrenching, love story of teenagers Hazel and Augustus, who meet for the first time at a cancer support group. Hazel, who is terminally ill, and Augustus, whose cancer is in remission, bond and learn how to live their lives when so much is uncertain.
This book portrays teens with cancer and their families in an honest way — showing their bravery, fear and anger — along with their happier moments.
Although this book is intended for teens, I would also recommend it to adults. 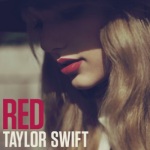 “Red” – by Taylor Swift – AUDIO CD: 781.64 SWIFTIn Taylor Swift’s fourth studio album, Red, she leaves her country roots behind for a more “pop” feel with songs like, “22,” “Holy Ground,” and her first single, “We Are Never Ever Getting Back Together.” Swift even experiments with dubstep on the track “I Knew You Were Trouble.” Following the same path as her previous albums, Swift’s songs mirror her personal life, as well as her many public romances.

This is definitely one of Swift’s best albums to date.
Matt – Circulation

“Sacré Bleu: A Comedy d’Arte” – By: Christopher Moore – NEW FICTION: MOORE
For those who have not been introduced to Christopher Moore, his 13th book isn’t a bad place to start. Moore’s style of comedy is raunchy, absurd, cheeky, witty and intelligent all at the same time while pushing compelling plots and fleshing out lovable characters. This book is perfect for any lover of 19th Century art as Moore uses famous artists such as Henri Toulouse-Lautrec, Pierre-Auguste Renoir, Paul Gauguin, Camille Pissaro, Claude Monet, Édouard Manet, Georges Seurat, James Whistler, Vincent Van Gogh and other Impressionists hanging around 19th Century France as characters. The story revolves around the mysterious death of Van Gogh and its impact on his friends Lucien Lessard, a baker turned artist and his debaucherous companion Henri Toulouse-Letrec as they try to figure out the reasons behind Van Gogh’s mysterious suicide and why the color sacré bleu seems to turn artists insane. An immensely entertaining read and one that includes color photos of many of the pieces of the mentioned artists.

“The Onion Book of Known Knowledge” – By: The Onion Writing Staff – NEW NONFICTION: 818.607 ONION
This truly is the greatest parody of encyclopedias ever assembled. “The Onion” as a publication has been a staple of Chicago media and a source of solid satire for 24 years. From start to finish this book is incredibly funny provoking all manner of guffaws, giggles, belly laughs, howls, roars, cackling and the occasional snort.
Thanks for reading and come back next month for more picks!